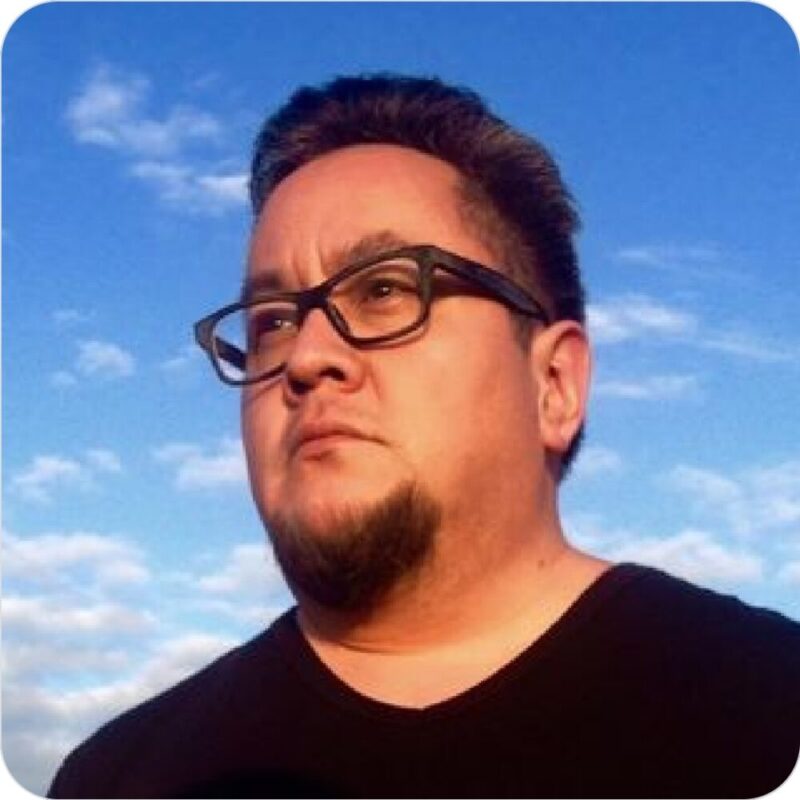 Corey Moraes is a prominent Tsimshian artist. Born in Seattle in 1970, his works can be seen in publications, museums, galleries and collections throughout the world.

Corey was first exposed to Northwest Coast Art at a young age watching Pat Dixon (1938 – 2015, Haida) carving argilite and silver jewellery. He credits this experience with instilling in him the desire to create Northwest Coast Art.

Asked about those early days, Corey says “My early influences were a mix of Northwest Coast and popular culture. I originally dreamed of becoming an album cover designer. I’ve always had an affinity for music, the covers added to the experience. The iconography of design groups such as Hipgnosis and artists like Derek Riggs stood out for me.”

As for early Northwest Coast influences, Corey mentions that Art Thompson, Robert Davidson, and Heiltsuk artist Captain Carpenter had the greatest impact on his early career.

Corey has established himself as a multi faceted artist creating gold and silver jewellery, masks, wood carvings and limited edition prints, yet he sees painting as one of his favourite mediums “because of how colour and technique can resonate with the viewer”. He adds that he really enjoys the process of deciding how he is going to make an idea come to life; whether it will “work better as a sculpture, jewellery, or painting. Establishing the idea and seeing it grow is what excites me.”

Corey considers himself a traditional artist who brings the art form into a contemporary context. He favours an abstract approach to traditional art and sees a correlation between Northwest Coast Art and Japanese mural designs. “I have created works that I believe are a logical cross pollination of a sort of Pacific Rim fusion.”

While the world of Northwest Coast Art produces many great traditional artists, Corey Moraes looks beyond. He sees the task for future generations as being able to express what goes on around us and make it relatable for the viewer. 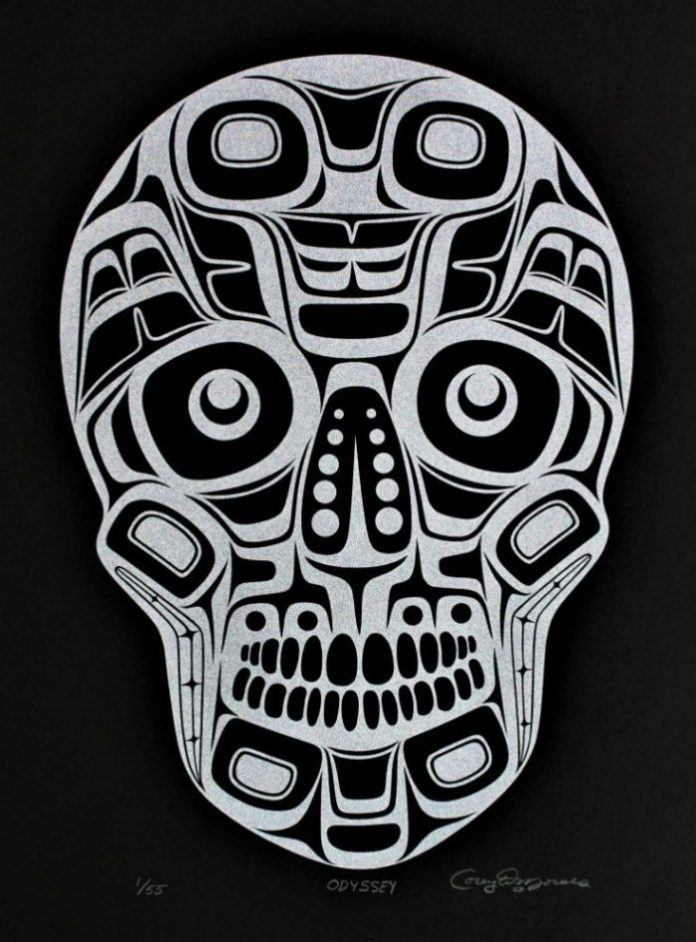 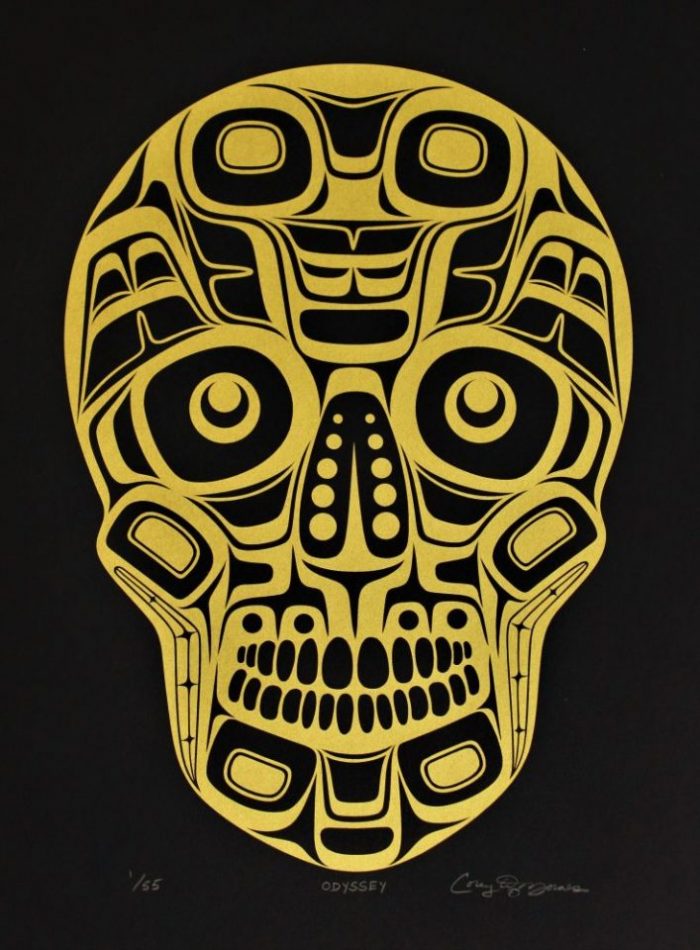