John Livingston was born in Vancouver, BC in 1951. He moved to Victoria early on, and this is where he developed a life long interest in Northwest Coast Native art and culture. He began a carving and design apprenticeship at the Royal British Columbia museum in 1965 under the tutelage of the late Henry Hunt and his son Tony Hunt. He learned Northwest Coast Native design in the traditional Kwagiulth style, as well as tool techniques and hand skills. After graduating in 1968, John immersed himself full time in Northwest Coast art as a career.

During the following years, John participated in several large family potlatches. The Hunt family formally adopted him and awarded him privileges to a number of important Kwakwaka’wakw dances.

Livingston was a master wood carver and he has worked on many large totem sculptures during his lifetime. His primary medium was wood, but he was also known as an accomplished painter and has released over fifty limited edition prints. He was also noted for his expertise in the restoration, replication and appraisal of Native artifacts. 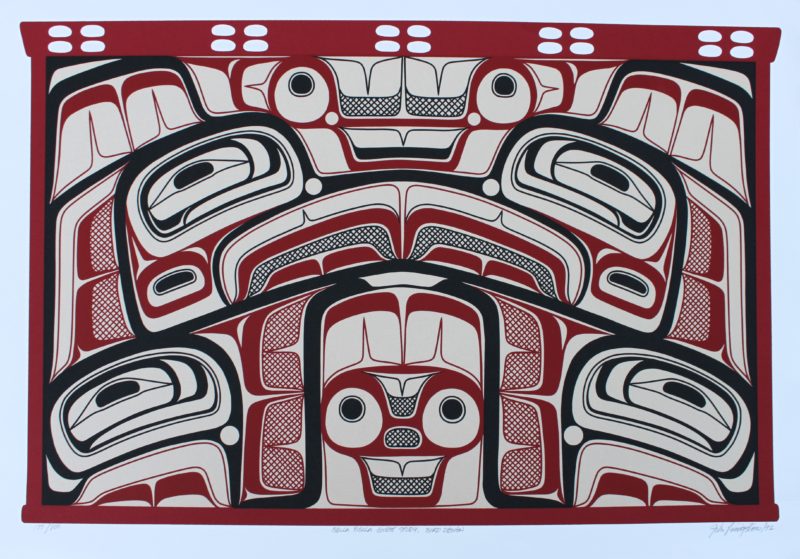