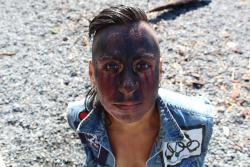 Margaret August is a contemporary, two-spirited, Coast Salish artist from Shíshálh Nation. Margaret was born in 1983 on traditional, unceded Lekwungen and Wasanec territories, where she currently resides.

Margaret feels that her ancestral power animal symbol, Skw’etu’?, influences her art. Skw’étu? is a word for Raven in Shashishalhem language. Skw’etu’? is known to be the light bringer in darkness. Origin stories say it was Raven that stole the sun from an old man who wanted to keep the world in darkness.

Ravens are the gatekeepers of the Void, where there is no form or structure, only fluidity and constant change. Skw’etu’? utilizes his abilities of mystical shape shifting to teach Earth’s inhabitants their individual life lessons.

Margaret began developing her artistic talents through singing and playing music at an early age. At the same time, she was learning how to create traditional Native art through Butch Dick.

Margaret has been showing her work in community art shows since 2010. In 2013, she began to make prints and developing her business skills, which helped her in becoming an independent artist.

These varied art experiences, as well as ancestral gifts have shaped Margaret to better understand her life’s direction. Margaret’s overall philosophy as a contemporary Native artist is to present the community with art that creates change and a sense of hope. 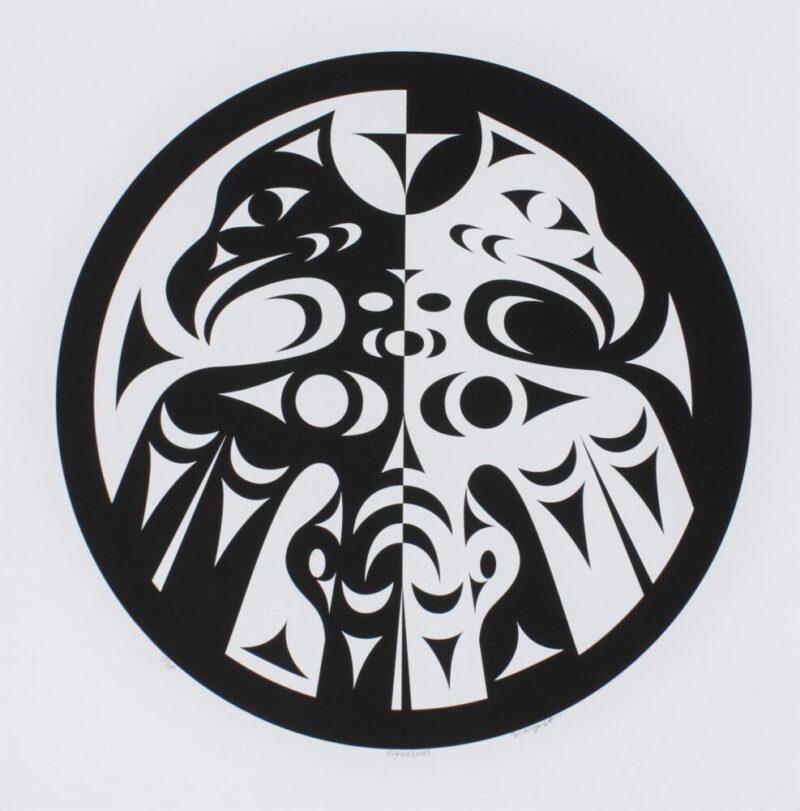 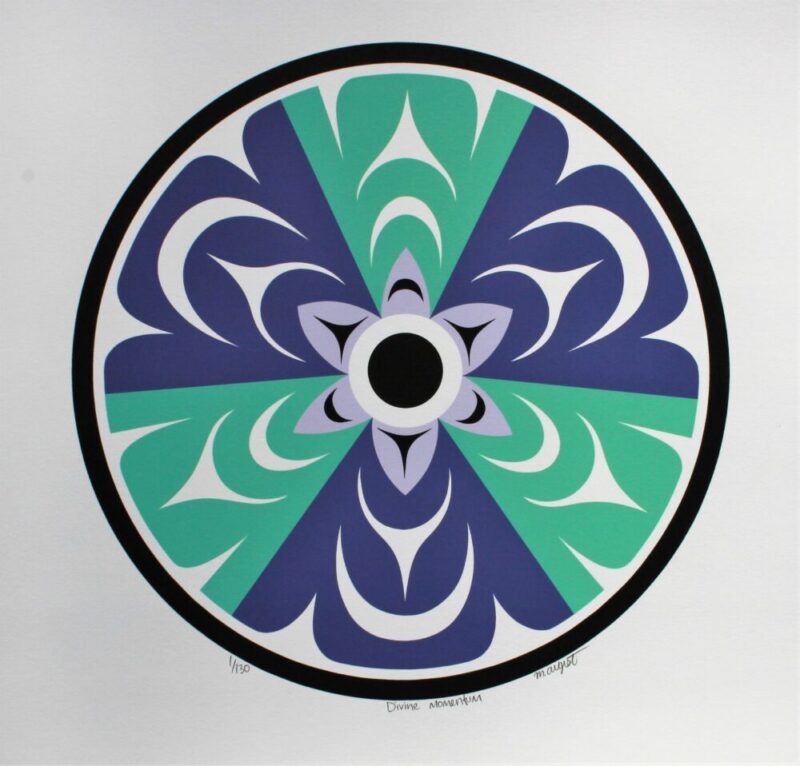 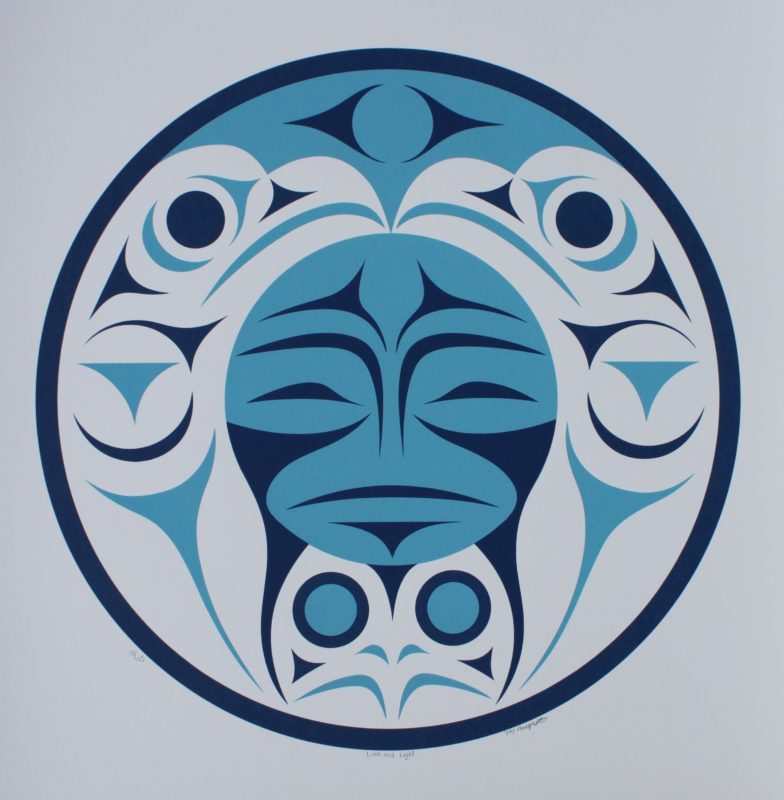 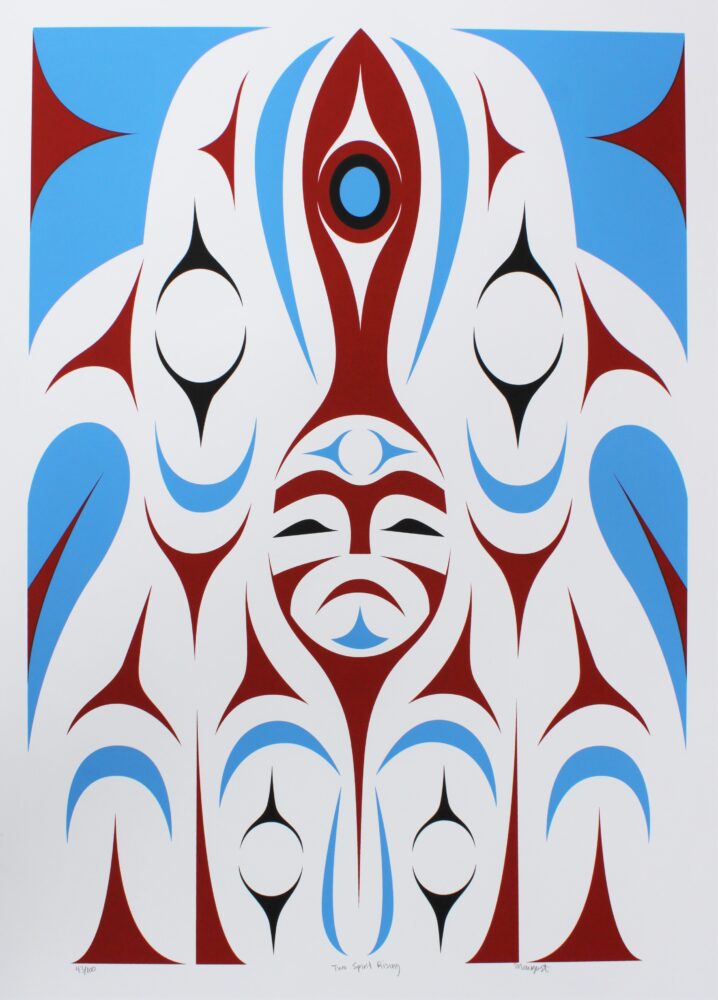 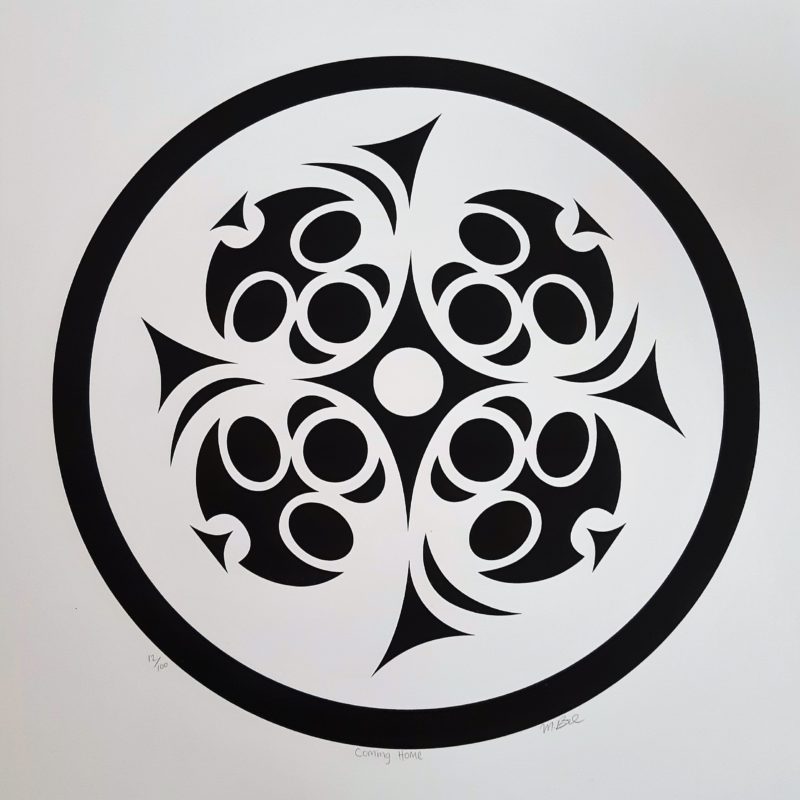 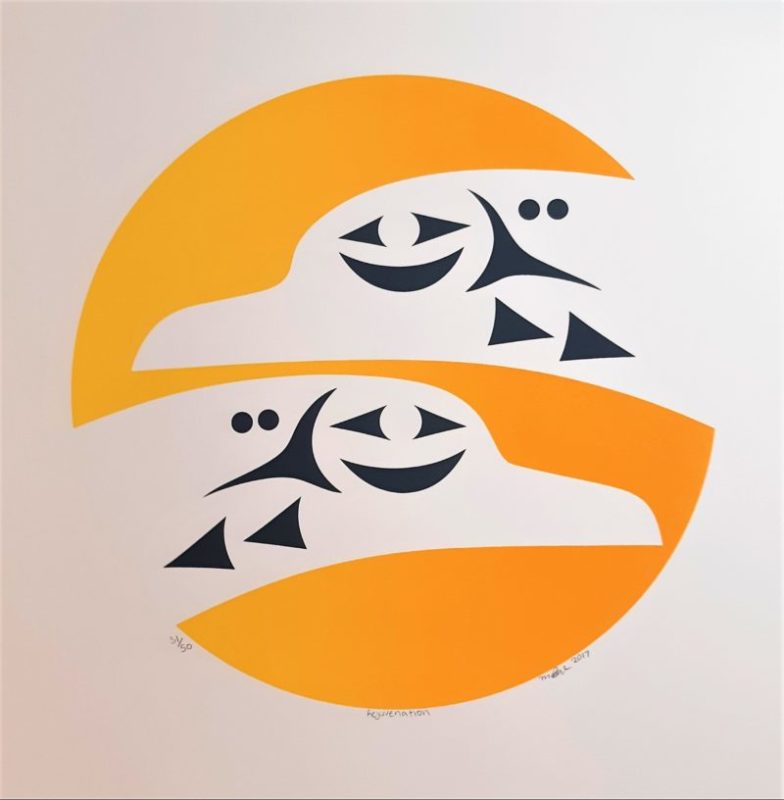