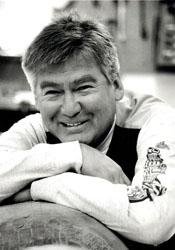 Richard Hunt is an Aboriginal artist from the Kwakwaka’wakw nation of coastal British Columbia. He comes from a family of internationally acclaimed Native artists, including his father, Henry Hunt, and his grandfather, Mungo Martin, and is one of the most celebrated contemporary Northwest Coast artists.

Born in 1951, Richard Hunt is originally from Alert Bay, British Columbia, but has lived most of his life in Victoria, where he went to high school. He began carving with his father at the age of 13, and later apprenticed under him at the Royal British Columbia Museum. In 1974, Richard Hunt became the chief carver in the Thunderbird Park Carving Program, where he remained for 12 years. In 1986, Richard Hunt launched a new career as a freelance Aboriginal artist.

In 1991, Richard became the first Native artist to receive the Order of British Columbia, which was given to him “in recognition of serving with the greatest distinction and excellence in a field of endeavour benefiting the people of the Province of British Columbia and elsewhere.” In 1994, he received the Order of Canada, the most prestigious award of his Native art career, which recognizes “outstanding achievement, honouring those who have given services to Canada, to their fellow citizens or to humanity at large.”

In 2002, Richard Hunt was the recipient of the Golden Jubilee Medal, a commemorative medal marking marking the 50th anniversary of Queen Elizabeth II’s accession to the throne. Created in 2002, it is presented to citizens of Canada “who have demonstrated exceptional qualities and outstanding service to their country.”

In May 2004, Richard was recognized for his outstanding artistic achievements in the visual arts by the Royal Academy of the Arts. He was conferred with the privileged of membership, including the right to use “RCA” after his name. A couple of months later, Richard received an Honorary Doctorate of Fine Arts from the University of Victoria. This prestigious award carries special meaning for Richard, as his late father, Henry Hunt was awarded the same degree in 1983.

In October 2009, Richard received another illustrious accolade for his Native art: the BC Creative Achievement Award for Aboriginal Art. “By interpreting what they see, what they experience and their great cultural traditions, these artists provide a gift to all British Columbians through their artwork,” said Premier Gordon Campbell.

Richard Hunt’s Native name, Gwe-la-yo-gwe-la-gya-lis, is highly appropriate considering his accomplishments. It means “a man that travels and wherever he goes, he potlatchs.” Through his art, his speaking and his dancing, Mr. Hunt has indeed given much to the world. 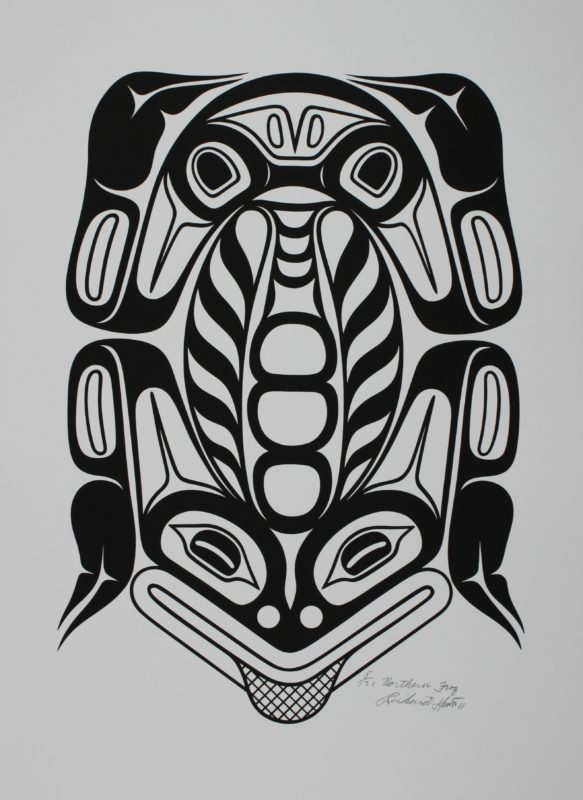