The Art of Francis Dick (Kwakwaka’wakw) 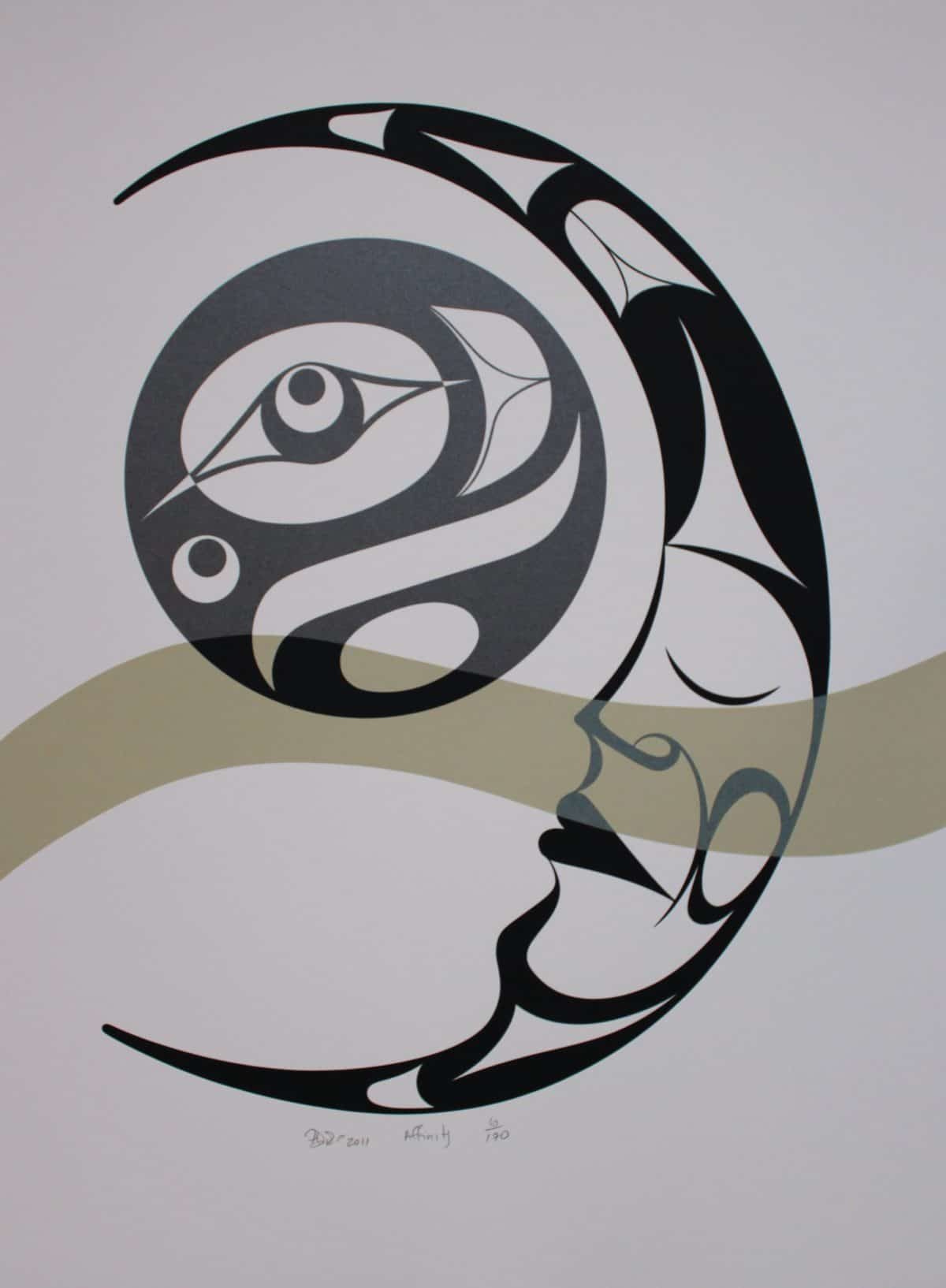 Kwakwaka’wakw native artist Francis Dick was born in 1959 into the Musqamakw Dzawadaenutw Band of Kingcome Inlet. She is a descendant of the supernatural Wolf, Kawadelekala, who shed his animal form to become the first of the Kingcome people.

Francis Dick spent the majority of her childhood in Alert Bay, off the northwest coast of Vancouver Island, and later moved to Victoria to attend the University of Victoria and pursue a career in social work. She quickly realized, however, that her true calling in life was to honor her artistic talents.

Since the creation of her first aboriginal painting in 1985, much of Francis’s work has contained images of her family’s Kawadelekala legend, acknowledging her contemporary ties to her cultural heritage. It wasn’t until the publication of Long Beach that she focused on a subject outside of her culture. Long Beach was also the first print she’s done which was not titled in Kwakwala, her native tongue.

Although Francis Dick expresses herself primarily through native paintings and prints, she also drums and sings—she became the first woman to join her tribe’s bastion of all male singers—and even wrote and produced a ceremonial performance at Victoria’s Newcombe Theatre. The performance, entitled “Wi’woma: Honouring the Spirit of Women,” was staged several years in a row due to ongoing praise and request.

Francis Dick is an integral member of the native art community and is frequently asked to speak for various community organizations, women’s groups, and university classes. She’s guest lectured as far away as the University of Berlin and has held art exhibitions around the globe, including a permanent exhibit at the Ethnological Museum in Berlin. Numerous articles and interviews featuring Francis Dick have appeared in both local and international publications, and her paintings have been featured in books and calendars worldwide.