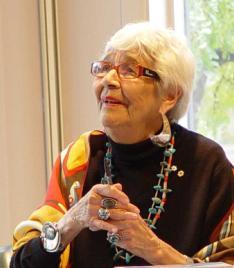 Odjig was also a successful entrepreneur. By 1974, a small craft shop she had opened in Winnipeg grew into Canada’s first Indigenous owned art gallery, called New Warehouse Gallery. It was a place where Indigenous artists of the day could talk about their art, plan their next projects and support each other. At the time, Indigenous art was rarely exhibited as fine art, and the group of artists that formed at the Warehouse set out to change that. This group included Odjig, Norval Morrisseau, Carl Ray, Alex Janvier, Jackson Beardy, Eddy Cobiness, and Joseph Sanchez. Known as the “Indian Group of Seven”, these artists influenced the development of the contemporary Indigenous art scene and curatorial practices in Canada.

Odjug’s artistic career spanned sixty years, during which she has received many awards, including the Governor General’s Award, the Order of Canada and multiple honourary doctoral degrees. By the end of her life, Odjig had created a body of work that has contributed to the Canadian narrative with a proud, Indigenous voice. 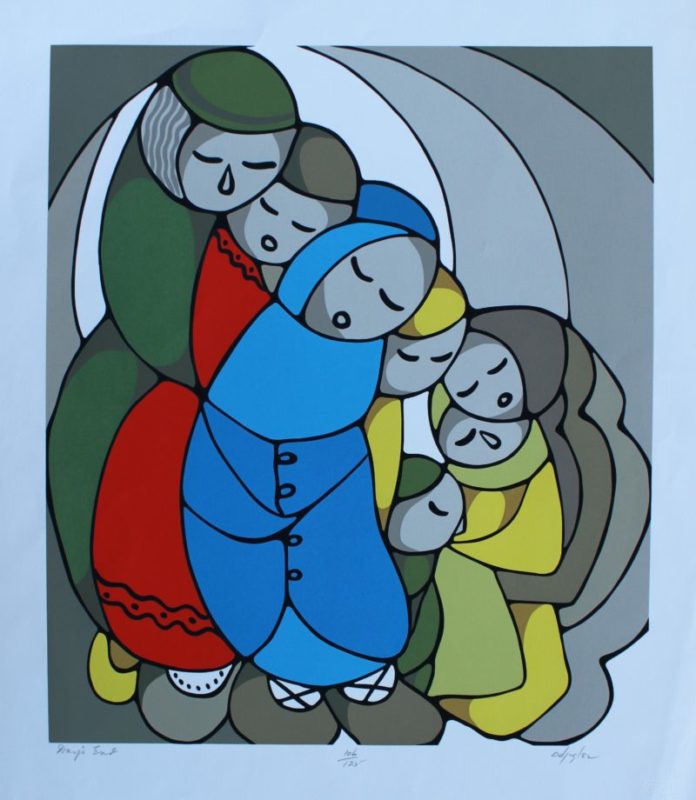